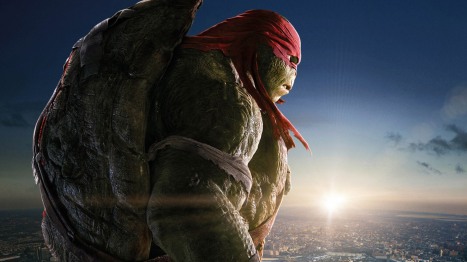 A few weeks ago, I reviewed Transformers: Age of Extinction, which I gave a rather low score to. Most of my friends who read the review said that they understood where I was coming from and that they agreed with my critiques, but some people thought that it was ridiculous for me to even bother criticizing such a ridiculous film. I think that I can understand what they’re saying; why should I even bother reviewing a film that is nothing but an obvious cash grab? Upon watching the movie, it’s quite obvious that even Michael Bay himself didn’t care about the quality of the film; it’s just another sequel to a disappointing franchise that somehow rakes in boatloads of cash. Why would I even bother complaining about such a movie? Well, in my mind, that’s exactly what a movie critic does: review all films, both good and bad, and give them their day in court. To give a pass to a movie like Age of Extinction just because it’s self-aware wouldn’t be fair to masterpieces of the action sci-fi genre such as Empire Strikes Back or The Avengers. If those films represent the heights that a film like Transformers can reach, then of course I have to give Age of Extinction an awful rating. Reviewing bad films is just part of the job, and it’s something that I have to do right now with the new Teenage Mutant Ninja Turtles movie. END_OF_DOCUMENT_TOKEN_TO_BE_REPLACED

Your go-to source for movie reviews from the best heavy metal guitarist in my apartment.