Movies that don’t take themselves too seriously are usually given a pass on a lot of the crimes that they commit. Comedies like Airplane! and the Monty Python films aren’t supposed to be analyzed for their plot as much as they are to be enjoyed for their simplicity. But what about sci-fi movies that have frequent humor, like this weekends’ new Guardians of the Galaxy? This film feels like a combination of Galaxy Quest and J.J. Abrams’ Star Trek, and it’s one of the most fun sci-fi adventures that I’ve seen in awhile. END_OF_DOCUMENT_TOKEN_TO_BE_REPLACED 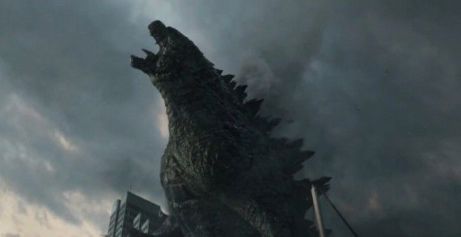 Ever since its announcement, the new Godzilla movie has had kaiju fans foaming at the mouth. The first trailer was all over the web as soon as it was released, and everyone who drooled over Pacific Rim’s excellent special effects last summer got excited just thinking about an American version of the king of the monsters. Sure, we had the 1998 adaptation, but that wasn’t so much a film as it was a giant slap in the face to the source material and fans alike. Finally, we were all going to be treated to the Godzilla film that we’d been dreaming of. Sure enough, the movie lived up to the hype, and although it isn’t a perfect film, it’s certainly one of the best sci-fi adventures to be released this summer. END_OF_DOCUMENT_TOKEN_TO_BE_REPLACED

Your go-to source for movie reviews from the best heavy metal guitarist in my apartment.